For over a century we have been driving cars, enabling us to roam our surroundings with little effort. Now with the introduction of automated driving, machines will become our chauffeurs. But how about getting us around a road construction, or finding a friend in a crowded area? Or what if you just want to explore and find new places, will these cars be able to handle such situations and how can you show your intentions?

Currently there is no middle ground between the car taking the wheel or its driver, this is where Scribble comes in: a haptic interface that lets you draw your way through traffic. You draw a path and the car will follow, not letting you drive but pilot the car. Scribble lets you help your car when in need, and wander your surroundings once again.

The invention of the automobile has changed society in ways nobody could ever imagine. For about a century now people have driven cars, enabling them to live, work, and travel in different places that were not possible before. In present times, technological advancements have made it possible to let cars drive partly autonomous. Automated driving systems are getting increasingly more advanced and are expected to reach a point of full autonomy, making this a turning point in how humans control their cars. 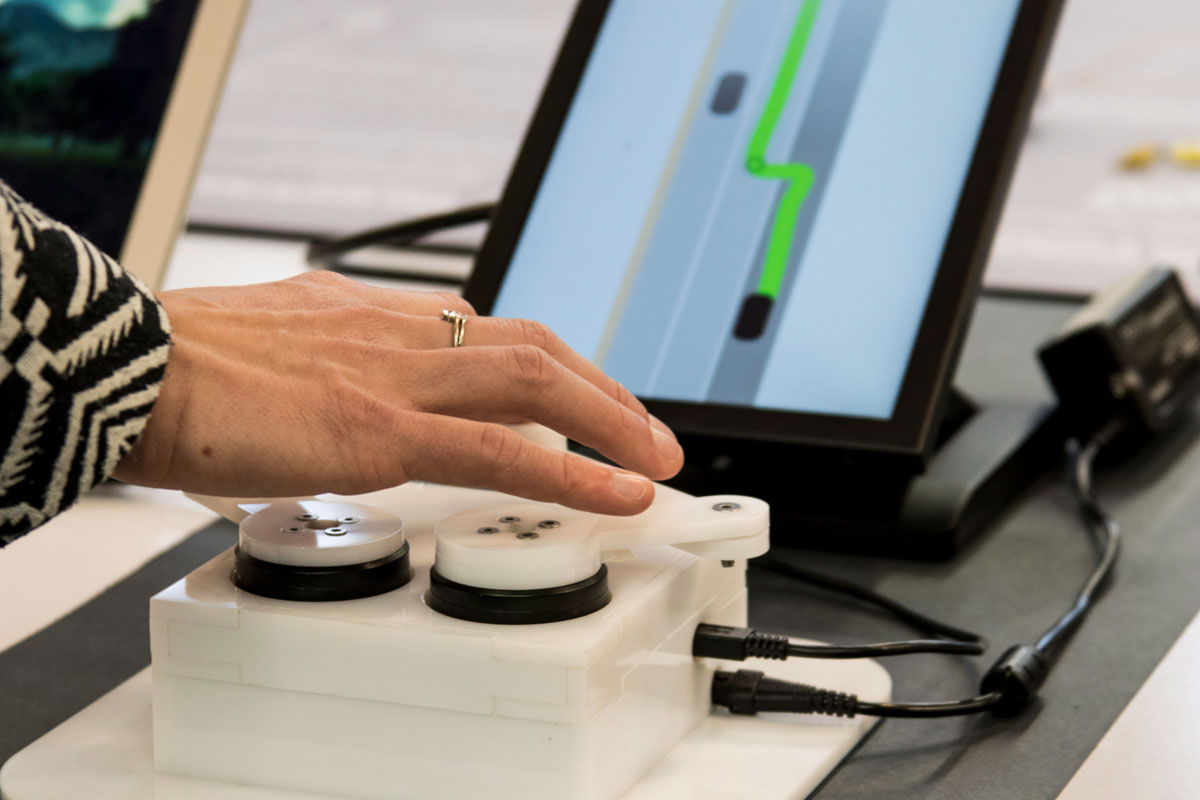 By letting a machine drive, autonomous driving will free up time that can be spent more useful as well as potentially reduce the amount of car accidents. Beyond these benefits, how will autonomous driving affect our experiences of mobility, of travel, and of exploration. The invention of the automobile has allowed people to explore and wander the world, something that was once seen as a privilege can now almost be viewed as a right; the right to wander our surroundings. Should not highly automated cars let us do the same, should such a product still let us explore and find new places?

Scribble was actually tested in a real driving simulator at Mercedes-Benz, find out more here.

Besides exploring new places and physically mapping out our surroundings, what if a vehicle on autonomous mode encounters a road construction: will it be able to understand which way to pass? Will it understand to cross that solid road maker, or understand the road workers hand gestures to stop or go? Or what if you are picking up a friend at the airport and you don’t know their exact location, how will you tell your car to find him, will it start driving in a pattern to test all different locations and can it even recognize your friend when it sees him? Perhaps automation and AI will ultimately let us have actual dialogue with our cars, but for now this is unlikely in the foreseeable future. In the meantime, we need a new type of interaction that does not let us fully drive our cars, but lets us pilot them and allow us to do the ‘car-like things’ we have been used to doing over the last hundred years. 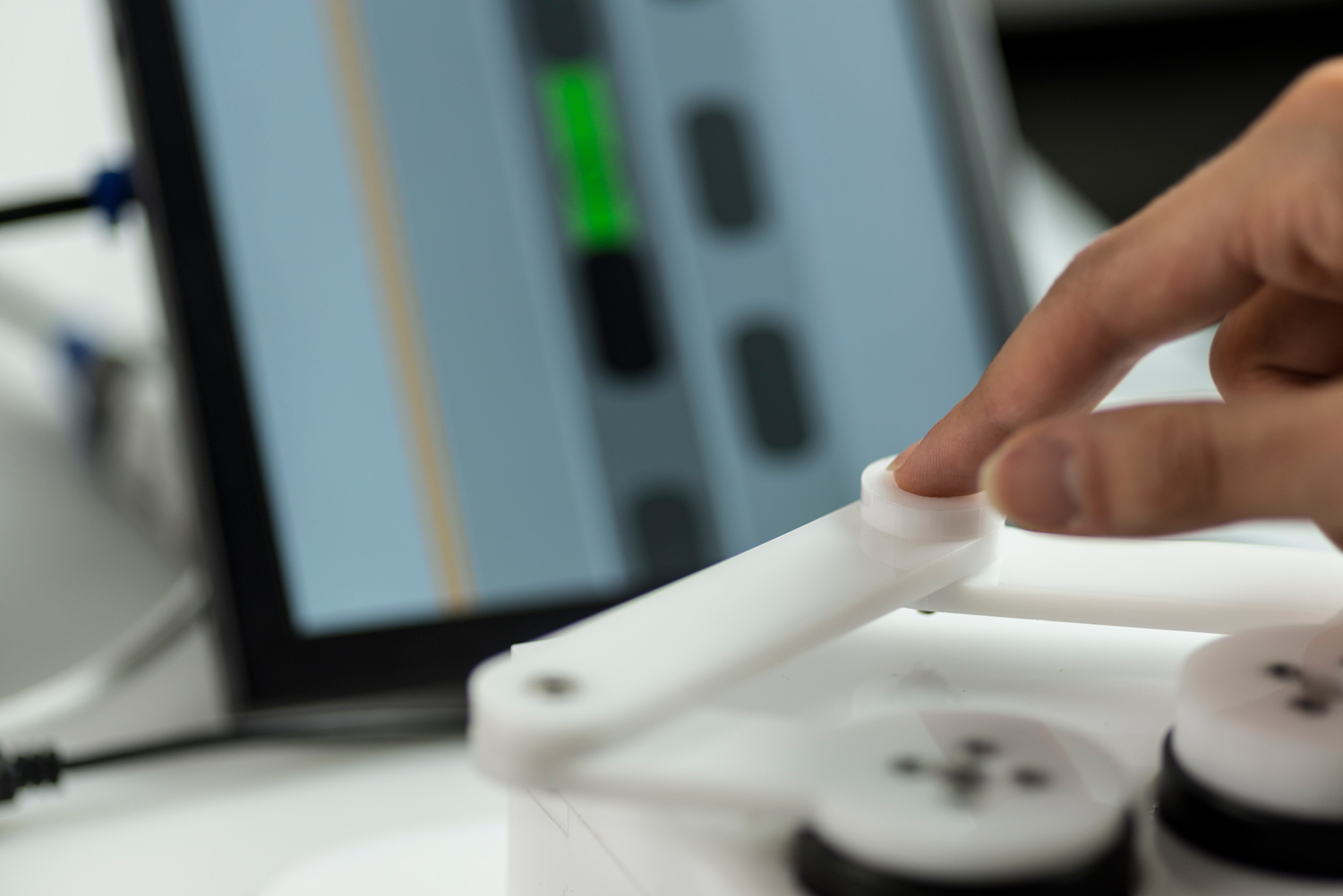 Autonomous vehicles constantly predict a path ahead of them that visualizes where they will be at a certain time in the future. The path is updated and adjusted depending on changes in sensor readings and way-flinging algorithms. This easy representation is often used among engineers who develop these autonomous cars to understand the car’s intentions. But what if drivers could manipulate this path; if they could mold it to their will and pilot the car to go places that are yet unknown? That is the essence of Scribble, an interface that lets you draw your way through traffic.

Scribble is a haptic pointing device located at the center of the car that lets you draw and adjust the vehicle's projected path in real time on a display. The display shows the road, lanes, other traffic, and potential hazards. The visual cues on the display can tactually be perceived through Scribble’s haptic feedback. The haptic sensation enriches the interaction whilst haptically assisting the driver in drawing a more accurate path. Scribble’s force is moderate and can be neglected when doing more complex maneuvers such as drawing off the road or drawing in between lanes. 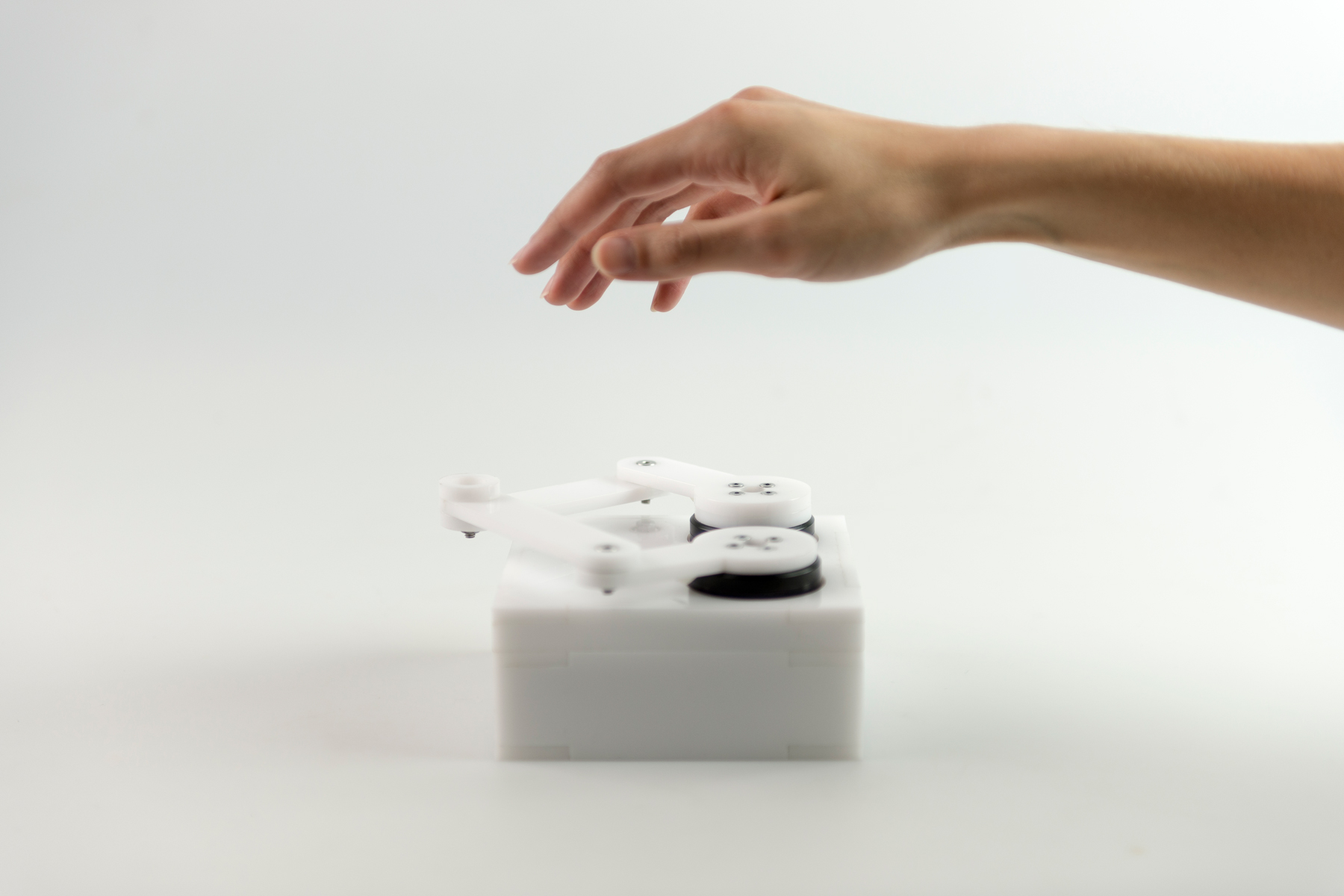 The path only has to be altered when the traffic situation is too complicated for the automated systems to solve, or in the event the driver wants to force his free will onto the car. The validity of the drawn trajectory path is indicated through color changes. The reason for the path to be invalid could have different reasons but should be easy to spot and resolve with a quick re-draw. When the path is drawn away from the road the car is relying on the driver’s judgement that the car can drive this path and will follow with caution, this action might be necessary when navigating around road constructions or other hazards. 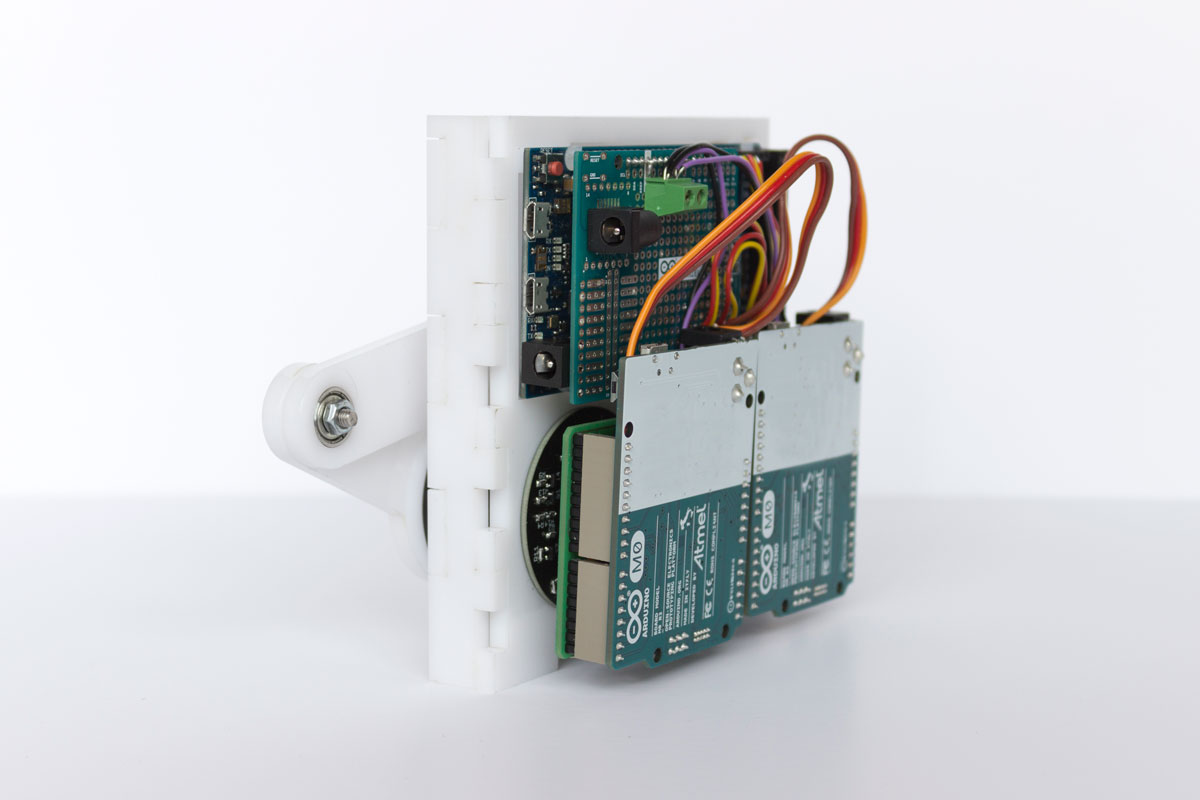 Think once and relax...

Rather than driving, Scribble requires the driver to plan his move ahead in time. If successful, this can work quite relaxing since the driver can plan first and after focus on something else, until further planning is required. As described by a test user: “Normally you have to think twice, now only once”, meaning that he does not have to actually execute his planned action since the car will do this for him, so in the meantime he can “… sit back and relax”. Interacting with semi-autonomous systems is like dancing. A dance between human and machine. It’s here where Scribble tries to make us a better dance partner. 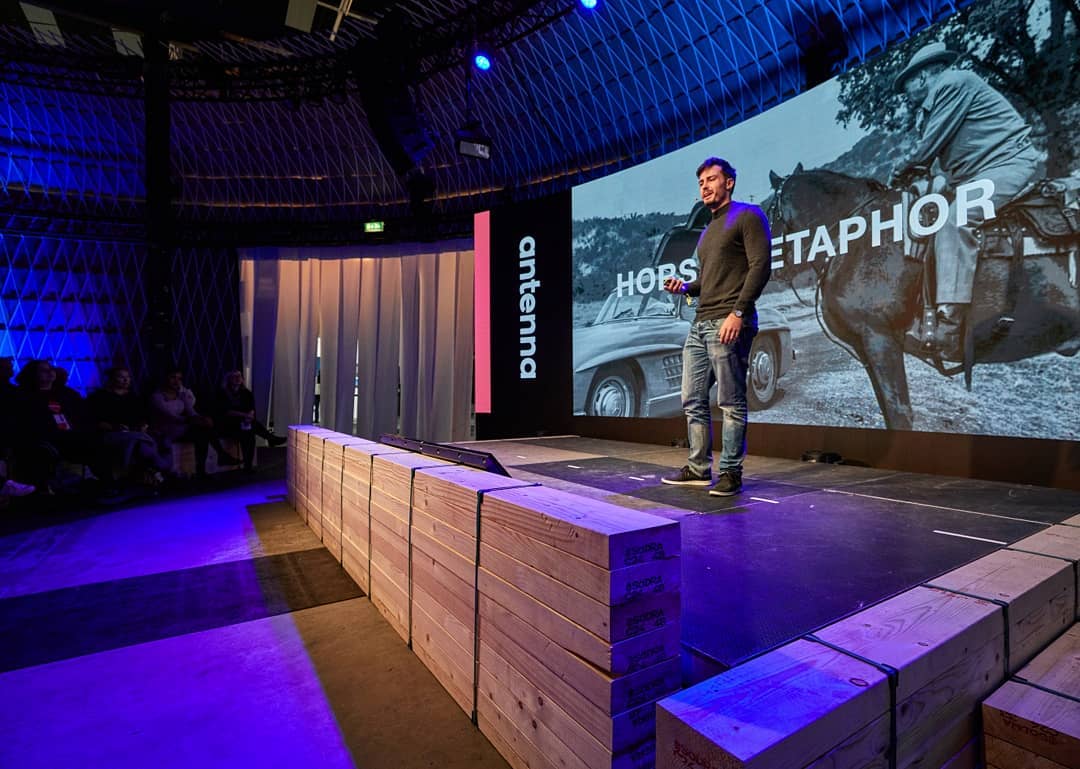