An AI-powered star made of holiday wishes revealing our collective sentiment. The spirit star was a ‘living’ reminder that the holidays represent goodwill to all. ✨

"If we could see the impact on our social communications, would we behave differently?" - Matt Millington

Holiday Spirit was a unique and constantly changing constellation of wishes and was a direct representation of our online holiday sentiment. By searching Twitter for holiday-specific hashtags individual tweets were analysed by an AI-algorithm. The tweets were then scored based on their sentiment and added to the Holiday Spirit.

Could an AI remind us to be kind, or should it?

The holiday spirit was on display in Method’s New York and London office using projectors as well as streamed online. The installation was found to be a great conversation starter with incoming clients.

Accessible via any browser, the audience could tweet at the spirit in real-time using #methodholidayspirit. It stayed live for 10 days and it scrapped over 750.000 tweets, of which it analyzed over 150.000 on sentiment. The overall sentiment for this time of year was 64% - the higher the more positive.

How we did it

It was a little over 3 weeks before new year’s eve when I started my new role at Method London. With some of my new colleagues, we wanted to do a holiday related case study. It had to use real data and make us reflect on our past and wonder about what lies ahead - something we thought would be fitting for this time of the year.

The prototype was made entirely in Unity; mostly because it’s a versatile program and I was comfortable working with it. Unity offers real-time particle simulations which I thought would work well to make a star-like shape that could express a combination of data and sentiment. Data was scraped from Twitter and parsed through a sentiment analysis machine-algorithm. 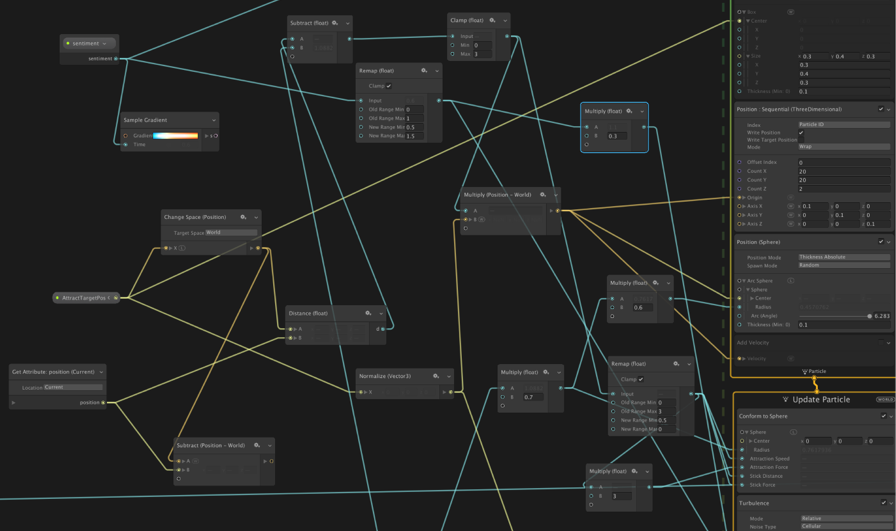 The program has a UI to login to Twitter, set what hashtags you want to scrape and how often you want to analyze any of the tweets for the sentiment. To get to an aesthetically pleasing outcome I gave the ML algorithm a slight bias towards positivity - this felt quite paradoxically. 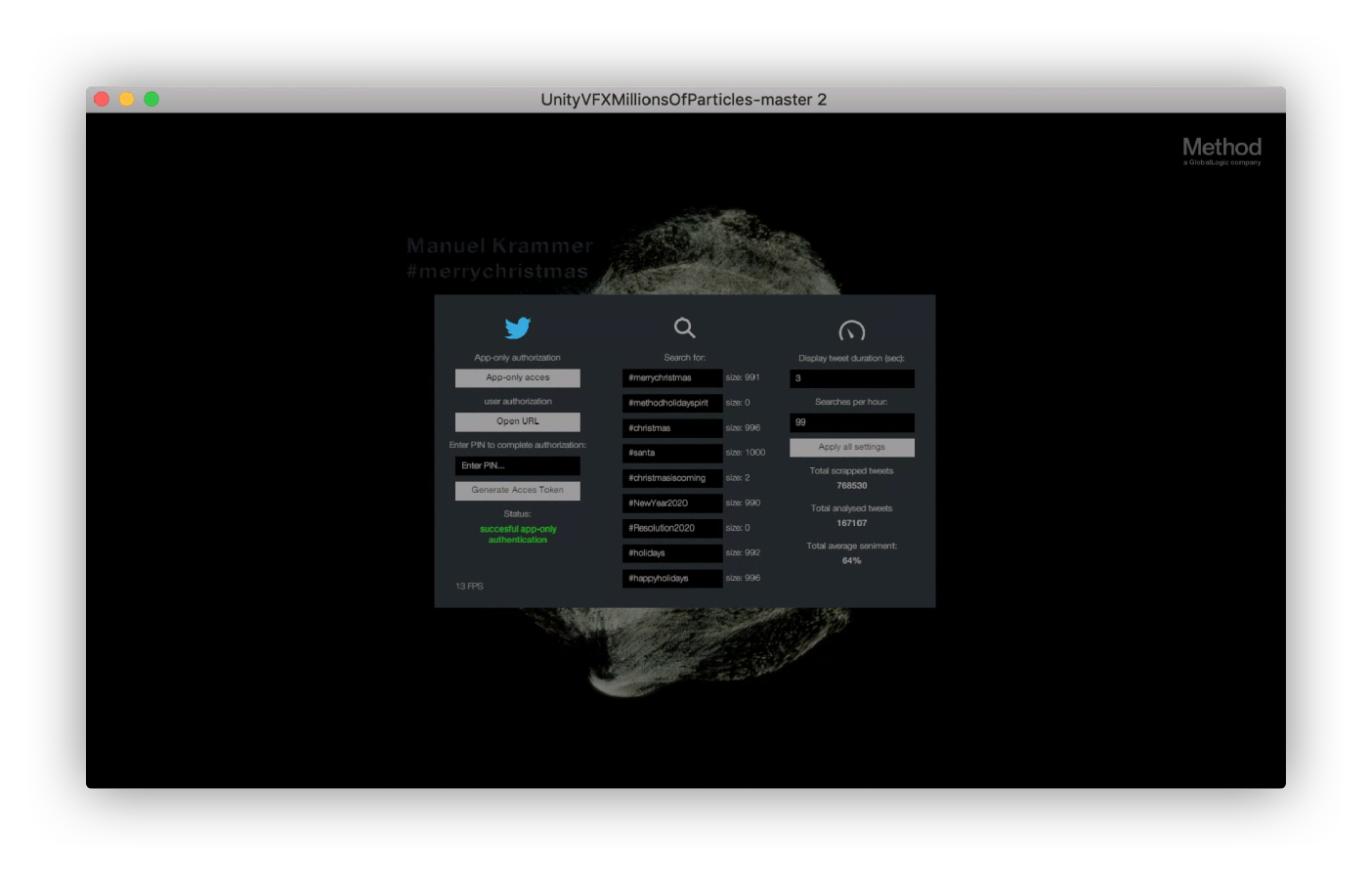